Curiosities about the Iberians

07 Jul Curiosities about the Iberians

Iberian culture is identified as the historical period of the Iron Age, that is a period situated between the 7th and 1st centuries BC. In ethnic terms the population that characterized Iberian Culture is the same that occupied Andalusia since Neolithic times. It has been written that the Iberian peoples arrived from Africa or Asia with their culture already formed, but this idea has to be rejected. However there are great differences between the different phases that characterized the development of Iberian Culture, which is normal for a historical period spanning seven centuries.

From a technological and economic viewpoint, the Iberians produced agricultural tools and iron weapons, fashioned ceramics using a potter’s wheel and gave a strong impulse to cereal farming with the incorporation of the rotary windmill. They also developed arboriculture (almonds, grape vines, olives and fruit trees) as a new agricultural strategy. 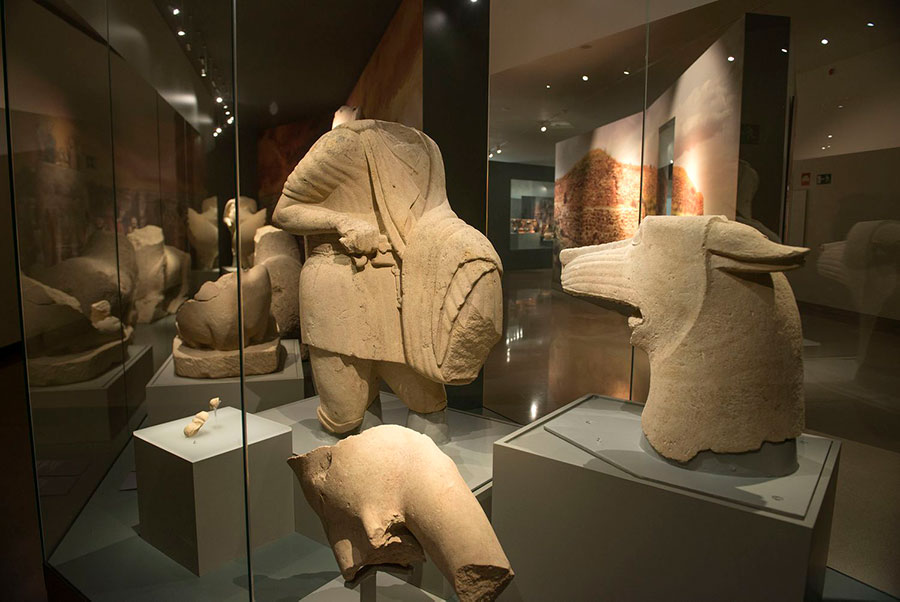 The Iberian culture was urban because the identity of the group was fixed by the place of residence of the lineages: the oppida; large or small urban centers (according to the power of the lineage) that showed the aristocratic power with impressive fortifications. In the interior, urban layouts were designed with parallel and perpendicular streets and houses arranged in blocks and built with stone plinths, adobe and tapial walls and covered with mud and cane as they did not know about roof tiles. One of the best known cities in Jaen is the oppidum of Puente Tablas.

The Iberians buried their dead in well organized necropolis next to the oppida. Worship and funeral rites reflected the socio-ideological organization and development of this society. From the 4th century the Iberian necropolis were the funerary space of the lineage. The social differences between the princes and their clients can be noted in both the construction of the tomb and the funerary objects. The Iberians used the rite of cremation and the ashes were buried together with funerary objects that reflected the social standing of the individual and their beliefs. 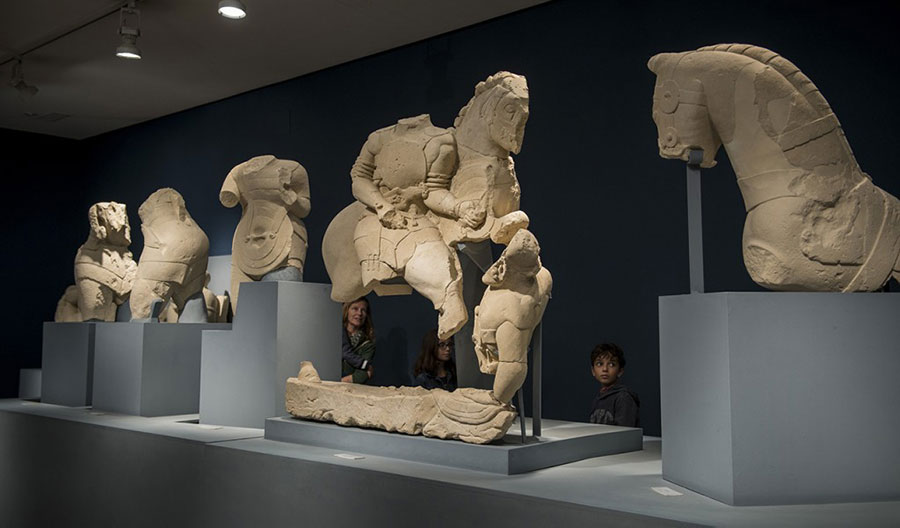 The sanctuaries are also the spaces where the Iberians connected with their beliefs and the deities. Many important sanctuaries have been discovered in the territory of Jaén, but La Cueva de la Lobera in Castellar is a particular highlight. A large number of bronze votive offerings have been recovered from this sacred place.

The geography of the Iberian villages shows the diversity between them, even in such a uniform territory as the valley formed by the River Guadalquivir. Historical sources confirm the existence of two major ethnic groups in the most ancient times. One group was the Tartessians, who were found in Lower Andalusia. The other, the Mastians, occupied Upper Andalusia, extending from the Segura river to the Mediterranean coast. Other groups must also have existed. The evolution of this map in the following phases is not clearly defined, although archaeology allows cultural differences between the two territories to be noted. Later sources give the name Turdetania to the Tartessian territory, and the Mastian territory is recognized as Bastetania and Oretania. It is possible that this is a solely geographical reference, given that the new collective identities must have developed from the 5th and 4th centuries BC, based on the oppida. The people were recognized by their lineage and the oppidum where they lived. For some researchers the differences between Tartessians and Mastians (Bastetani and Oretani) would justify the recognition of two different cultures, with different funerary traditions and even different writing and language.