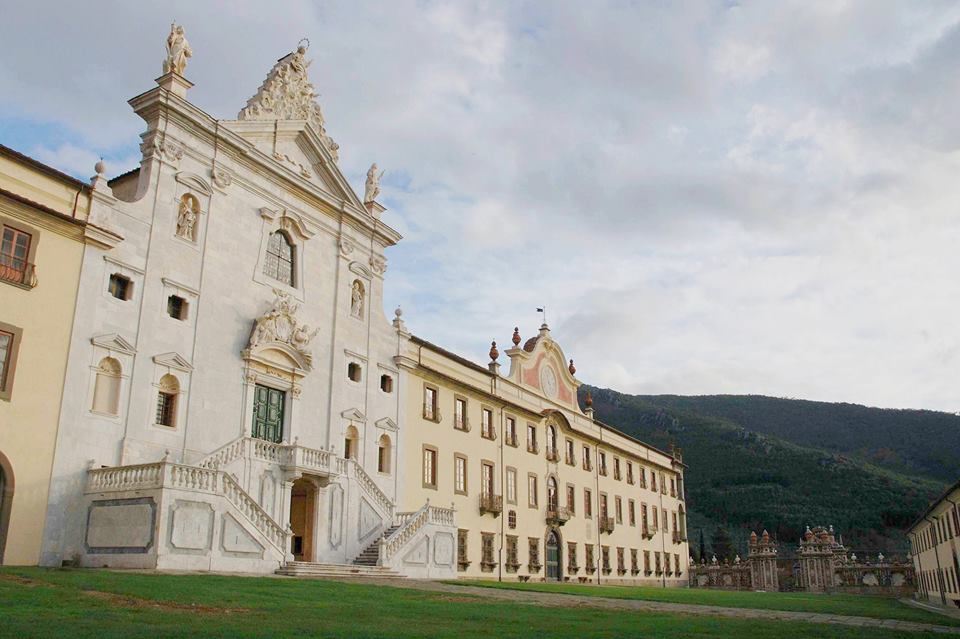 Have you ever seen up close a puffer fish from the Nile, a lyrebird, a pig-nosed turtle or a ring-tailed lemur? These and other other extravagant beauties that nature has created over the millennia are not native to Europe, but to see them you don’t have to go to Africa or Australia.

Here, in Italy, near Pisa, there is an extraordinary place “inhabited” by wonderful creatures which will leave you speechless: it’s the Natural History Museum of Pisa University.

It is situated in the renowned and fascinating Charterhouse of Pisa which comprises several areas, all fascinating and precious, where history, nature and art intermingle in a unique and original way. 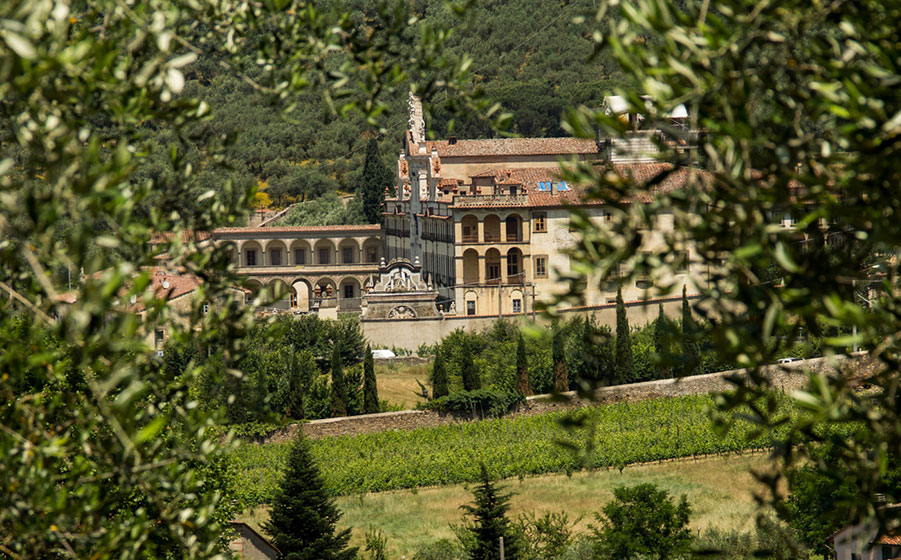 The Natural History Museum of Pisa University: one of the oldest museum institutions of the world

The museum was established by the Gran Duke of Tuscany Ferdinando I de’ Medici in 1591. He ordered the creation of a Wunderkammer (literally “Room of Wonders”), quite fashionable in the European Courts of the age, to gather and display unusual natural exhibits.
Thanks to its collaboration with the city’s university, the Wunderkammer, compared to others, was also a highly regarded scientific collection.

This “room of wonders” is still in the museum, but several other rooms full of wonders have been added over the centuries, thus creating a patrimony of immense historical and scientific value.

The first visit to the Museum

After having heard a lot about the museum, I finally decide to visit it myself. An ideal place for a person who, like me, loves nature but also for those who like being surprised.

The Charterhouse is truly beautiful, framed by the wonderful landscape of gentle hills, unfortunately in part marred by the recent blaze on Monte Pisano. I enter the central courtyard from where you can admire the internal part of the building: it is enchanting, a baroque monument that emanates a past beauty, nestled between the hills covered in olive trees, which seem to embrace and protect the building. You would never imagine that this building, once home to the religious order, is now inhabited by all kinds of animals, some even extinct.

The museum is divided into two main areas: the largest extends over three floors, where the permanent exhibitions are located, the other houses the aquarium and the temporary exhibitions.

I decide to start in the smaller part, where in the first two rooms the history of prehistoric humans on Monte Pisano is documented. There is a reconstruction of a primitive cave-dwelling found in this area with its original artifacts.

As I make my way through the rooms, plastic models of many different types of insects of all sizes (some are even 3 metres high!) are displayed in showcases, dioramas and on the walls. They have been reconstructed in an extremely realistic way: bees, butterflies, dragonflies, grasshoppers, beetles but above all arachnids, mainly spiders and scorpions, which I personally find fascinating, but which might make some people’s flesh creep. However they are presented in such a way as to be appreciated by all. (This is a temporary exhibition so will only be available until the 3rd of November 2019).

The biggest freshwater aquarium in Italy

I reach the part of the museum which I personally enjoyed the most: the aquarium. It extends over 500 square metres and holds 60,000 litres of water, making it the biggest freshwater aquarium in Italy.

The first impression is thrilling. The limpid atmosphere created with particular sounds and lighting frame the wonder and beauty of the many species from all over the planet.

I must point out that these are the only living animals in the museum and this is why probably you never tire of watching them swim gracefully in their tanks.

As I observe these wonderful creatures, I realize how incredibly ingenious nature is: its exceptional artistry has created over the years these splendid and extravagant beings.

There are so many different types: the likable clown knife-fish, the funny giant puffer fish, the surprising Somalian blind cave-fish (I had no idea that blind fish existed…), the elegant Nile puffer fish, the bizarre pig-nosed turtle, the unusual red-tailed catfish. This catfish seems to move in perfect synchrony with its freshwater cousin, its companion in the tank. I feel obliged to take a photo when they pose for me. 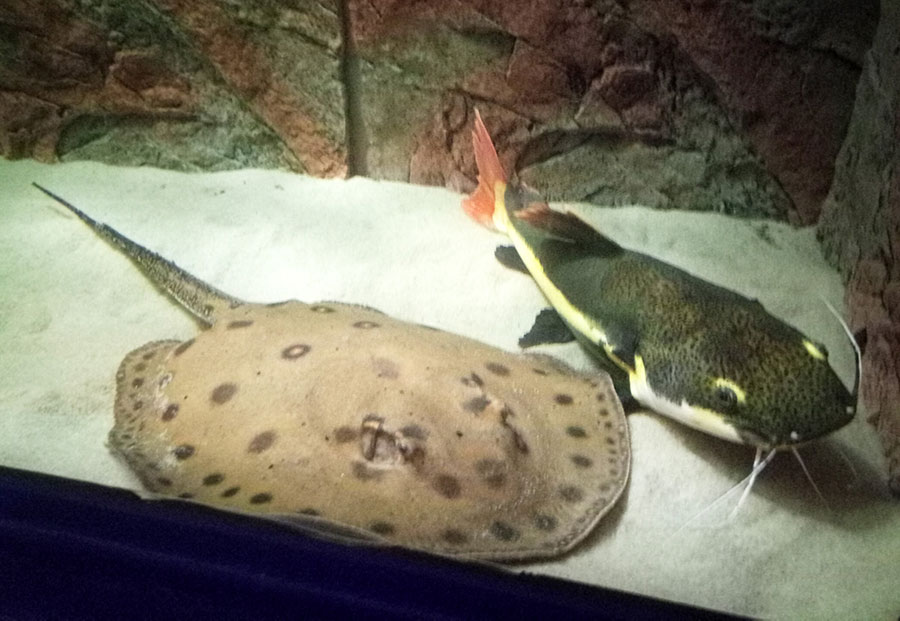 I was most surprised, however, when I found myself face-to-face with a truly incredible and bizarre creature: the axolotl, an amphibian which can be found exclusively in a Mexican lake, which, due to its unique genetic makeup and declining numbers, is of great interest to the scientific community.

These specimens are only a small part of the ones on display. I don’t want to give to much away, but I can guarantee you that it’s impossible not to be amazed by these creatures which seem to have jumped out directly from the pages of a science fiction book.

Find out more about the Natural History Museum of Pisa University! 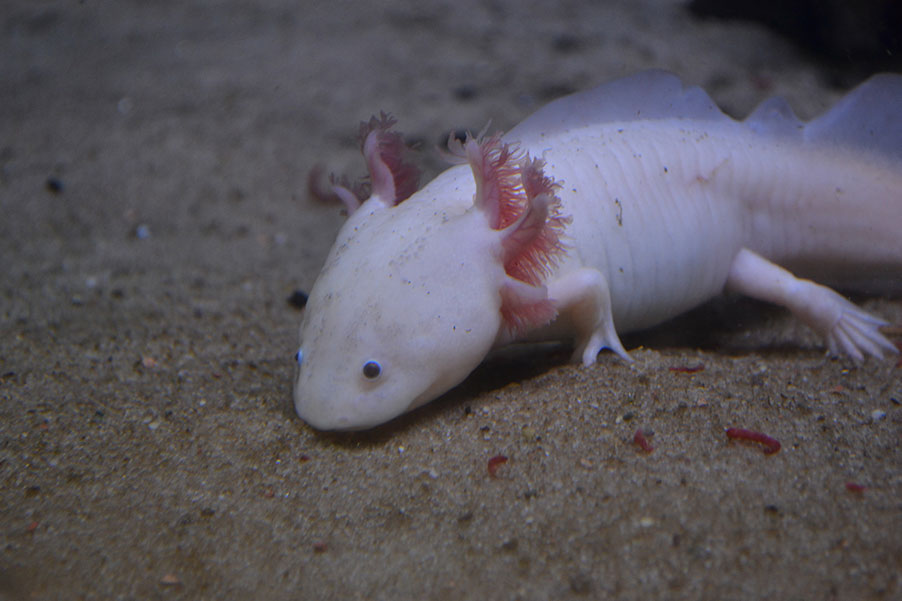